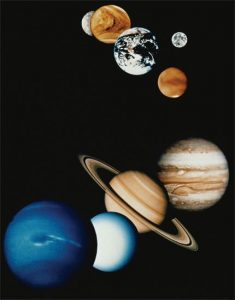 What happens when a planet goes “retrograde”?

Relative to us on Earth, planets periodically look as if they are slowing down. As they slow more and more, they seem to stop moving through the sky for a while, then actually go “backward”. This backward motion then slows in turn, halts — the planet is stationary again — and then, slowly at first, the planet sets off again in a “forward” direction.
Astrologers say a planet is “stationing” during both periods when the planet is still or moving slowly. The times when the planet appears to go backward are called “retrogrades”.

There are also two “shadow” phases — during these, the planet travels over ground it will later revisit. The first “shadow” comes before the planet moves backward; the second comes when the planet starts to catch back up. Just like in life, if you backtrack, you have some catching up to do and will see the same scenery twice or more. Thus it is with shadow phases: the same energies will be “coming up” more than once.
In the case of Mercury, it is usually in its shadow for two weeks before the Retrograde phase begins, and for three weeks after it ends. If you want to buy, sell or ship big-ticket items — especially connected to transportation (cars, airline tickets, etc.) or communication devices (phone, computer, iPad, etc.) — be aware of the shadow periods as well as the retrograde phases. If possible, plan it or get these things done before Mercury enters it’s shadow, or wait until after the shadow phase is over 😉
Of course, if there is something that must get done during these phases, don’t put your whole life on hold, just because Mercury is retrograde or in it’s shadow. Sometimes things line up exactly at the right time. As best as you can, trust your intuition and be open to making adjustments as needed 😉
If you have a Gemini or Virgo Sun-sign or Rising sign, all the above is especially advisable for you, but also if you have personal planets or your Asc./Rising Sign in the sign that Mercury journeys though as it starts its retrograde phase.
Feel free to reach out for support, to understand this more fully in your own personal birth chart.
Many blessings,
Sonja 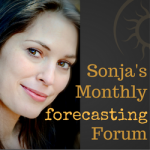 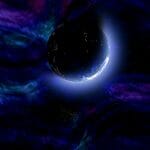